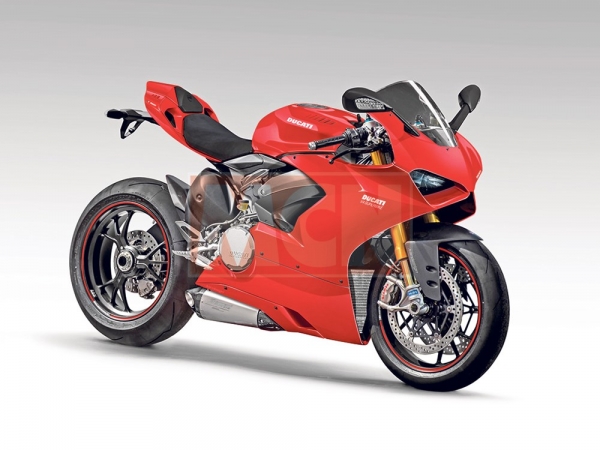 With speculation rife that everyone from Harley-Davidson to Triumph to various Indian two wheeled giants, are lining up to buy Ducati from the beleaguered post-Dieselgate Volkswagen Group – we shouldn’t forget that the really important news is the imminent arrival of their new V4 superbike.

Driven by the firm’s desire to recapture their World Superbike domination, and in support of their recent renewed focus and resurgent success in MotoGP, the new V4 will be a road bike evolved from the track – rather than a road bike turned racer.

The firm’s Panigale has been a rampant success in showrooms, and no slouch on the track in the hands of Shane Byrne and Chaz Davies, but the race department needs access to more than the current 1198cc V-twin Panigale R can muster. With that bike already developing an impressive 193bhp in road trim – and a claimed 215-plus bhp race-ready – the firm has to be chasing a tangible step-up, which can’t come from weight loss, so has to come from power and control.